Written by Simon May on August 14, 2015 in Enterprise Client, Friday Five, My TechNet Blog

Hey folks, just trying a new experiment to see if I can start a very short, five-item round up of the week. Here’s what had me excited this week in Enterprise Mobility and Windows, something a little funny that I saw (it’s super-geeky) and something that made me think. I’m hoping this roundup will be useful and will help you make a little more sense of the week. Let me know if you’re finding it to be useful and if there are things you’d really like to see in here.

Best thing we announced this week in Enterprise Mobility

Windows 10 devices can auto-enroll into Microsoft Intune for MDM management when they join Azure AD. The Azure AD Team released some notes on how to do that on the AD Blog

2nd Best thing we announced this week in Enterprise Mobility

It was a big week for identity and we released some details on how the Azure AD and Microsoft Account programming models are converging on the AD blog.

My highlight of the week

Presenting the “Preparing Your Enterprise for Windows 10 as a Service” Jump Start with Michael Niehaus and Bill Karagounis. Something quite “fun” happened during the live streaming that meant Michael and I had to stay late and re-record a section: the tri-caster broke down. That’s a bit of video kit that essentially takes all the video, caches it and spits it out to the live stream. By “broke down” I mean lost power totally. Sorry to those folks who experienced a little delay in getting your information.

Update: It’s available now, here: Preparing your enterprise for Windows 10 as a Service. 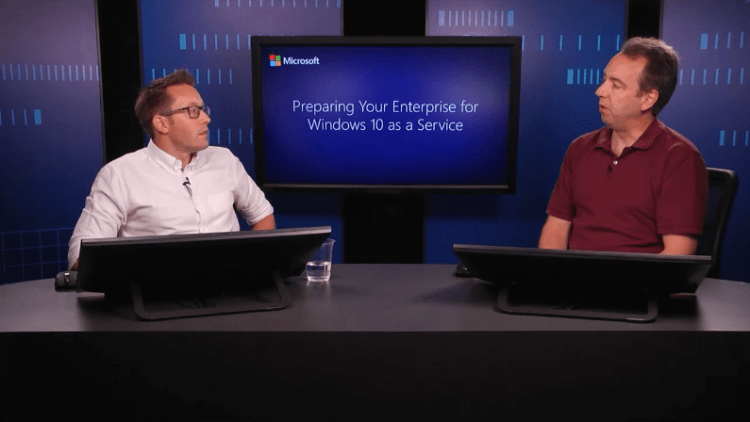 One of our weaker advertising campaigns for Windows: pic.twitter.com/Fon5IvBFnP

Something to make you think

One year without a case of Polio in Africa is truly an incredible, life-changing milestone for millions.

What do you think? Cancel reply